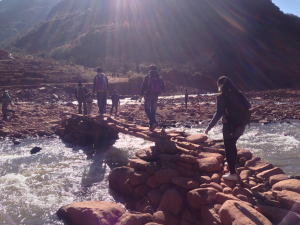 “The most out of expectation part was the roads uphill. In the pre-trip briefing, it was emphasized that the villages were destructed by the severe flooding, whose impact was more disastrous at the village next to the river than those we were about to visit. Everyone, including me, was expecting mild hiking only. But it turned out we had to hike up where there was actually no path, and with cliffs on one side and deep valley on the other side.” a student reflected after participating in a trip to an isolated and flood-prone rural Yi ethnic minority village in the hilly southern Sichuan Province in December 2012. More floods are expected in China as a result of climate change.

To promote international standards in disaster and medical humanitarian response in China, CCOUC has been actively cooperating with the Chinese Center for Disease Control and Prevention (China CDC), via such activities as training workshops and donation of training materials. A 5-year Agreement of Understanding between CCOUC and the Public Health Emergency Center at China CDC was signed in September 2014 to promote collaborations in training and research. 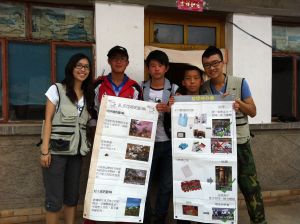 CCOUC is actively working with NGOs in local communities of China, including organizing training-of-trainers programmes with and for community NGO partners since 2011. Two trainings were conducted in Guangxi and Yunnan Provinces in 2012 and 2013, respectively, aiming at strengthening NGOs’ capacity to develop their own disaster mitigation programmes and to facilitate community initiatives. This kind of training also encourages networking and sharing of information among local NGOs. The programmes use a cascading model to impart state-of-the-art knowledge and skills by training NGO workers who can further train members in the communities.