One of the key objectives of this trip was to promote knowledge transfer in public health between Hong Kong and Bhutan through training. A public health training session was held in Khesar Gyalpo University of Medical Sciences of Bhutan (KGUMSB), with lectures on “Disaster preparedness and response in Asia in 21st century” and “The role of primary care and family medicine in health system” delivered by Professor Chan and Professor Wong respectively. Around 100 undergraduates and academics mainly from the Faculty of Nursing and Public Health in KGUMSB attended the lectures. The delegation also promoted JCSPHPC’s Global Public Health Summer School Programme among different government authorities, including the Ministry of Health, Ministry of Home and Cultural Affairs, and the Department of Disaster Management.

Besides, CCOUC organised an alumni gathering on 13 May 2016. Five Bhutanese who enrolled in the Global Public Health Summer School Programme between 2011 and 2013 participated in this gathering. Most of them are playing very important roles in public health and disaster management in Bhutan now. They reflected that the summer courses had great influence and contributed a lot to their country and their career advancement. As this is the first gathering ever among the alumni in Bhutan, CCOUC hopes that more gatherings of this kind will be organised in the future to cultivate a close long-term relationship among alumnus and the centre. 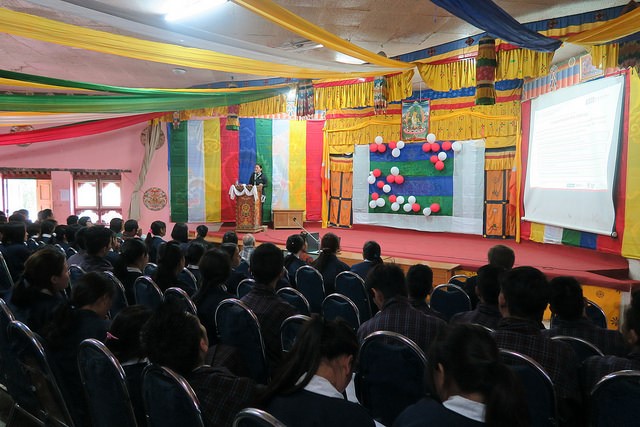 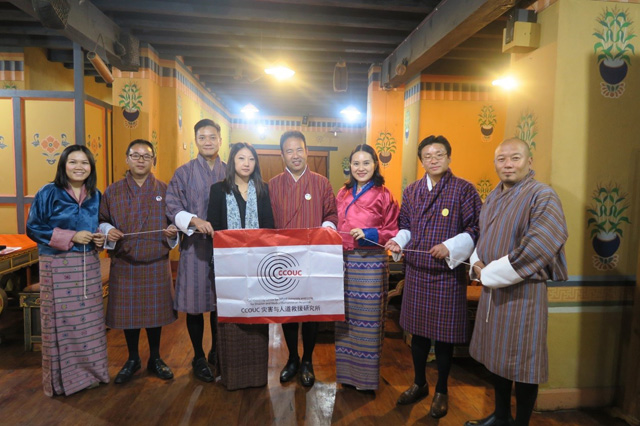