A 7-member delegation from The Chinese University of Hong Kong (CUHK) Faculty of Medicine and CCOUC led by Associate Dean of CUHK Faculty of Medicine Professor Justin Wu and CCOUC Director Professor Emily Chan visited Pyongyang, the capital of the Democratic People’s Republic of Korea (DPRK), from 23 to 28 September 2016. This visit aims to undertake academic exchange and training in medicine and disaster management. Some 700 copies of books the team has exhibited at the Pyongyang International Science and Technology Book Fair were also donated to relevant academic and government bodies in the country to promote knowledge transfer and enhance the country’s capacity in disaster preparedness and management.

During the end of August, Typhoon Lionrock brought heavy downpours to the northeastern part of DPRK, in particular North Hamgyong Province, causing severe flooding. At least 133 people were killed, 395 missing and 107,000 made homeless. More than 10,000 ha of farmlands were inundated, just weeks ahead of harvest. There were entire villages being washed away and families' entire possessions carried away. Some 600,000 people had their water supply cut off. Since the winter is coming, DPRK is facing humanitarian crisis and urgently needs assistance. CUHK Faculty of Medicine and CCOUC happened to be invited to visit Pyongyang at the end of September to participate in an international science and technology book fair, have exchanges with local hospitals and academic institutions, and host training related to climate change and health for relevant government departments. While the country was still suffering from the aftermath of Typhoon Lionrock and the victims were calling for international assistance one month after the typhoon’s strike, this visit carried additional meaning and weight.

At the same time, the team participated in the 3-day 10th Pyongyang International Science and Technology Book Fair at the Sci-Tech Complex to showcase public health and medicine books published by CCOUC and CUHK Faculty of Medicine members, such as Training manual on health and disaster preparedness in rural China, Approaching the relationship between disaster and public health from Hong Kong, Globalisation: Climate change and human health, Knowledge transfer in a multidisciplinary health care arena, Psychological factors and cardiovascular disorders, and A practical guide to computer assisted tumor surgery. Books on the science and technology were presented by over 67 bodies from 25 countries and local missions of international organisations such as UNESCO and WHO. The book fair was organised by the DPRK Committee for Cultural Relations with Foreign Countries (CCRFC). After the end of the book fair, the delegation has donated to the organiser all the 732 copies of book exhibited for onward distribution to relevant academics and practitioners of public health and medicine in the country, so as to promote knowledge transfer in these areas. 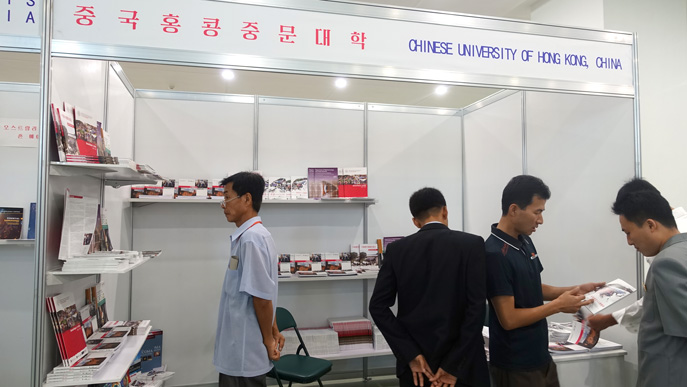 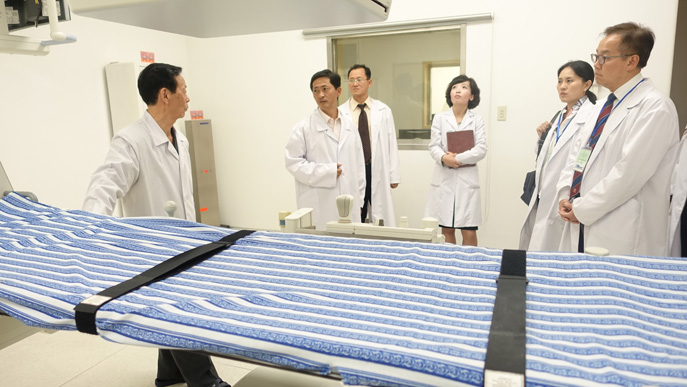 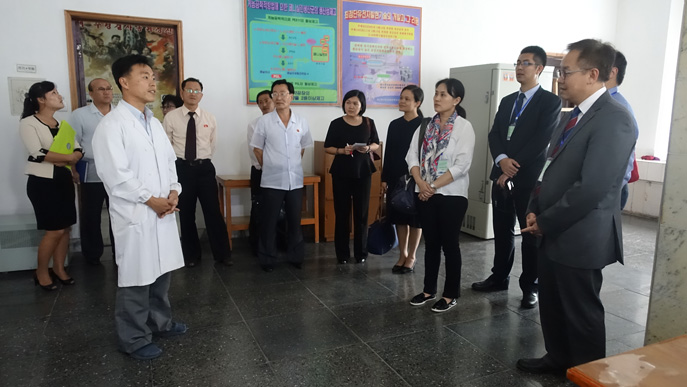 A young researcher at Pyongyang University of Medical Science introduces to the delegation his research projects. 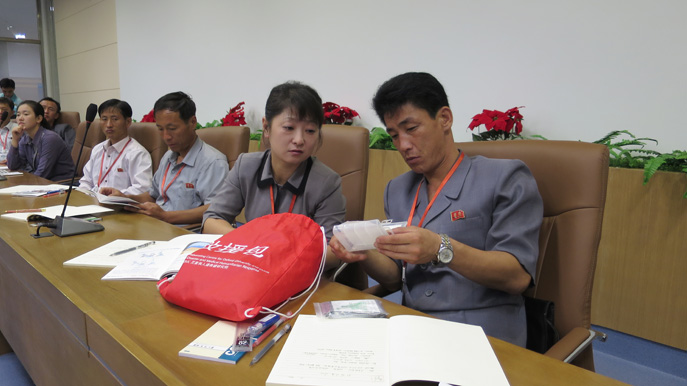 Two DPRK officials examine the content of a CCOUC Disaster Preparedness Kit during the “Measures for Climate Change Adaptation” training. 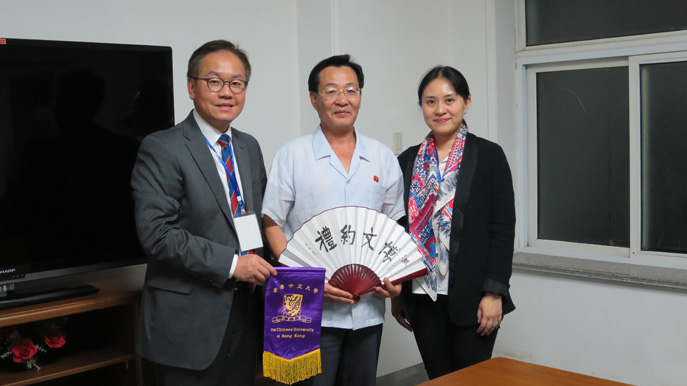