A four-person team of the Collaborating Centre for Oxford University and CUHK for Disaster and Medical Humanitarian Response (CCOUC) and JC School of Public Health and Primary Care (JCSPHPC) of The Chinese University of Hong Kong (CUHK) conducted an exploratory trip to the Kingdom of Bhutan on 29 February to 5 March 2016 and held meetings with government authorities and local academic institutions.

Aiming to better prepare the country’s healthcare professionals in emergencies and in response to rising public health concerns, the team met Mr Tandin Wangchuk, Minister of the Ministry of Health of the Royal Government of Bhutan, as well as the Dr Kinzang P. Tshering, President of Khesar Gyalpo University of Medical Sciences of Bhutan. The team highlighted the importance of empowering the local capacity in preparedness and response towards disasters. The team also shared the opportunities for the local professionals and academics to enroll in relevant programmes conducted by CCOUC in the future.

CCOUC also conducted a field-assessment trip to Jakar in Bumthang District located in central-northern Bhutan, which had experienced consecutive fires and visited by CCOUC team a month after the tragic incidents in 2010. Six years after those disasters, the town has been rebuilt, and has been adopting measures to reduce the risk of hazard, e.g. fire. Residents have also been taught on how to respond in a similar incident since then, e.g. the installation of fire extinguishers at home, enough spacing between houses, etc. 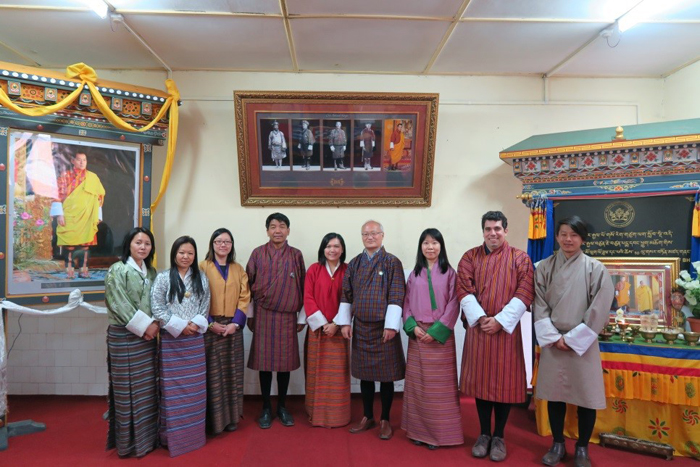 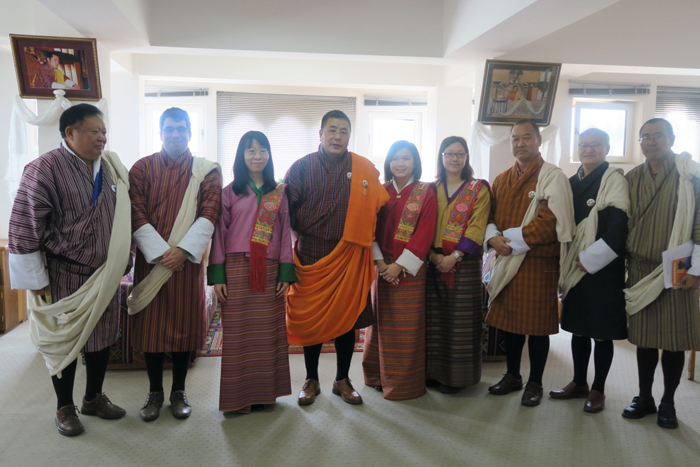 The team met Mr Tandin Wangchuk, Minister, Ministry of Health of Royal Government of Bhutan (fourth left) and other directors of the Ministry.