A reflection on CCOUC Bhutan trip

Some say this country is the happiest place in the world while others visit this place on special occasion or to embark on a spiritual journey; Bhutan is a country which often gives people both a sense of mystery and spirituality. This small country on the eastern part of the Himalayas is populated with only about 770,000 people. With its interesting history and the “difficult to reach” location as well as my personal interests in well-being and happiness, I was excited to have the opportunity to be part of the CCOUC team to visit Bhutan. After the long hours of flight time, two things struck my mind upon our arrival: the fresh and clean air and the architecture of buildings. All buildings in Bhutan, including all government buildings or any housing, look similar and they reminded me of Tibetan palaces seen in books and magazines. I also noticed that men wear skirt which I later learned was called “gho” and it is a formal outfit that one needs to wear to see government officials as well as the royalty.

All of these observations told me that the culture of Bhutan is quite well preserved although others who have visited Bhutan before told me that globalisation is changing local people’s culture and their way of living. However, it was refreshing to see that there was no Starbucks or McDonald’s in this country and I have rarely seen obese people during our visit which are quite commonly seen in developed countries. The country/kingdom of Bhutan impresses me as a country of tranquility and natural beauty and people we met during the trip were sincere, honest and often exuded an aura of calmness. Perhaps living in a relatively secluded country with a strong religious influence does have an important influence on people.

There were two highlights of this trip: being treated by a local friend at her home and meeting the Princess of Bhutan to discuss collaborative work. Despite the rather complicated steps for putting on the gho, the visit to the Princess was memorable. I was impressed by the Princess’s elegance and friendliness towards us and her passion and her commitment to improve the population well-being through her leading role in developing the Gross National Happiness (GNH) Centre. One point she emphasised during discussion was that having the Centre does not mean that Bhutan is the happiest country in the world, which many people have misunderstood. Rather, it means that the government of Bhutan is committed to improve the well-being and happiness of its people by considering “people’s happiness” as an important component in planning and evaluating any government policy.

To me, this fits very well with the World Health Organization’s (WHO) definition of health- a complete physical, psychological and social well-being, although few countries have addressed it or most simply based their country’s development on GDP or economic growth including that of Hong Kong. As a city possibly having the longest average working hours, shortest duration of sleep (for both adults and children) as well as one of the highest Gini coefficients in the world, I believe Hong Kong can learn from Bhutan in their government’s positive steps in taking the complete well-being of its population into account when planning any public policy, whether they are explicitly health-related or not, which I believe is essential to improve population health.

Since I came back from Bhutan, images and thoughts of the trip still come up in my mind from time to time, whether it is the feel of fresh air, the images of the unique geographical landscape or the warm and sincere interactions with people in Bhutan. It is a country that is unique in its history and I think will always give me inspiration to further pursue the subjects of happiness, well-being and meaning as they relate to human development and attainment of health. 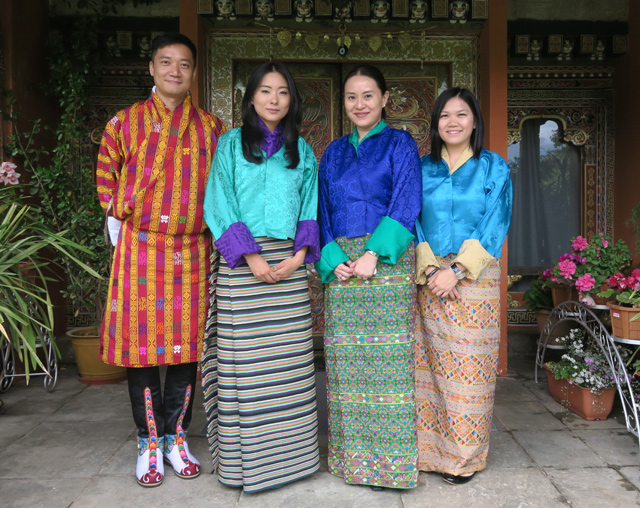